Sample Questions for the Alphabet, Writing Systems module:
I. Quick questions:
a. Define "phoneme"
b. What is the difference between abjad, abugida, and alphabet?
c. Define and give two examples of logosyllabic scripts


II. Not as quick a question:
​a. Above is a spectrograph of the sound wave for "Good morning". How is an image like this important for our understanding of alphabetic writing systems?
b. Sketch the essential differences between the approach and conclusions of Barry Powell and David Olson as they seek to describe and analyze how it was that the Greek alphabet came to be.


Sample Questions for the Iliad:

I. Quick questions:
a. Who is Sarpedon and how does he die?
b. What is the immediate consequence to Agamemnon’s rejection of the ransom offered by Chryses?
c. Give a capsule summary of the events in books 1-3. [YOU WILL WANT TO MEMORIZE THE CAPSULE SUMMARIES FOR THE BOOKS WE HAVE FOCUSED UPON, SO THAT YOU HAVE A STRUCTURE OF THE ILIAD IN YOUR MIND.]

II. Passage identifications. (There will be some, but not much, choice)
1. Identify the context, that is, explain what is going on in this part of the tale, and from what part of the tale the passage is taken (for example, if you were given the lines below, you would want to identify this as Hera speaking to Zeus when he hesitates about whether to save his son Sarpedon, in the book in which Patroclus is the hero and dies [book 16]).
2. Comment on the significance of the passage, that is, how
the passage is significant in the context of the tale, and/or how the passage is more generally significant in terms of Homer's artistic aims and technique (for example, for the passage below, you would want to talk about the relationship between fate and the power of the Olympians, the fragility of the divine ORDER, and how that the divine hierarchy reflects the human hierarchy, equally fragile, in the world below).
Passage #1
"Most dread son of Kronos,
what words you have spoken! You want to relieve from
painful death a mortal man long ago doomed by fate? Do it!
But all the other gods will disapprove. And I will tell you
something else, and you best give it careful consideration:
If you send forth your son still alive to his own home,
consider then whether another of the gods will wish
also to send his down dear son out of the ferocious
contendings.”

Sample Questions for the Historiography:

1. Quick questions:
a. Who is Themistocles, and what is his character as depicted in Herodotus?
b. Where is the Hellespont, and why is it so important in Herodotus?

2. Not as quick a question:
a. Describe how historiê in Herodotus differs from that in Thucydides, in terms of narrative strategy, creation of authority, and ultimate goals. Give specific examples for each characteristic delineated.

3. Stories. Tell the story and then indicate the significance of the story by citing at least two themes that the story exemplifies. These must be major themes in Herodotus.
a. Deioces and the Rise of the Medes
b. Dionysius and the Battle of Lade
c. Snatchings of Women (Io, Europa, Medea, Helen) 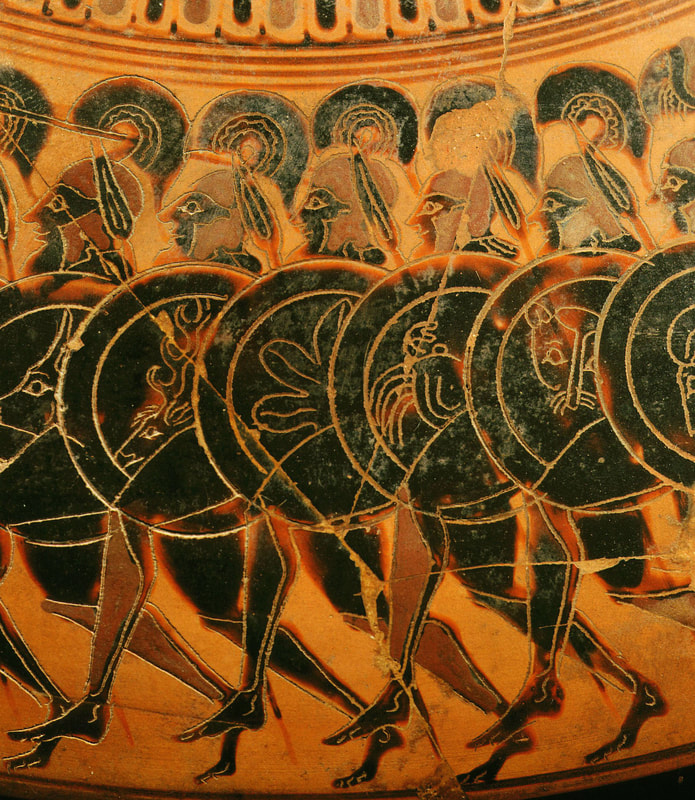